The Conversational Model of Management: Shaping a Better Future Together 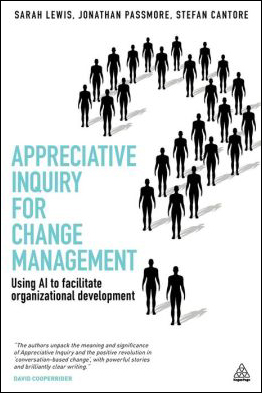 Clients often express such doubts to me. They wonder whether how they learned to communicate in the past in their own language, within their own cultures, still remains effective in the fast-changing intercultural business contexts in which they now find themselves. A vice-president of sales and marketing for an international company based in Paris recently told me, “Since the recent foreign merger, the way I have always communicated is not working as well as it used to. As a result, I am less sure of myself and more hesitant when communicating with colleagues from other cultures. I find it disorienting.”

Over the years I have helped many clients regain their equilibrium and confidence by showing them alternative ways of viewing communication and culture. They are always relieved to discover that what they already know in their native language can indeed be positively put to use when communicating with other cultures in English as the common language. This simply requires them to shift their habitual perspectives and apply some new practices when speaking and listening.

That is exactly what Sarah Lewis, Jonathan Passmore and Stephan Cantore do in their book, Appreciative Inquiry for Change Management: Using AI to Facilitate Organizational Development, published by Kogan Page. The authors skillfully shift the reader’s perspective on the crucial role that conversation plays in effectively managing change. “We believe our specific contribution with this book is to integrate this work in such a way as to place conversation center stage when we begin to think about changing things in our organization.” They also deliver on their promise to provide “an informed, easy-to-understand guide to what conversational practice is, what makes it work, and how to do it.”

According to the authors, the father of the Appreciative Inquiry (AI) process is David Cooperrider. He is a professor of Organizational Behavior at Waterhead University and author of many books on a variety of business topics.

I was introduced to a language-based approach to business communication and change management early in my career. In the late nineties I spent several years learning an ontological model of communication with Julio Ollala, one of the founders of the Newfield Network. While studying with him I also took workshops with Humberto Maturana, a Chilean biologist and philosopher, who is cited in the forward of this book. Indeed, as I read through the book I heard echoes of Maturana’s  theories about living systems, cognition, language and domains of experience. I mention my personal background because I admit that as a reader I was already pre-sold on the efficacy of what Lewis, Passmore and Cantore are proposing.

As a result, I unequivocally recommend this book to anyone who wants to learn new ways of authentically engaging with others in business. However, if you decide to apply these processes, be prepared to be challenged on fundamental assumptions that you may have about the nature of organizations, the problem-solving mindset, conversations and change itself.

What is an Organization?

The authors challenge the prevalent perspective of organizations as machines, with employees simply cogs in a wheel and management as a control process. Even if you personally don’t see things that way, you can’t help but agree with the authors that this perspective is still implicit in much of how we conduct ourselves in business.

They give a brief historical context to ground their opinion that this view originated during the Industrial Revolution, specifically with Fredrick Taylor. According to them he was an engineer who “codified this view into a set of principles offering guidance on how to manage organizations. It is sometimes assumed that since this perspective is now over a hundred years old, it must be of only historic interest. On the contrary, we find that this view is remarkably durable, and that its influence is evident throughout organizational life and activity.”

From an intercultural perspective, this essentially American metaphor of business as machine can cause friction with cultures that don’t see it that way at all. I hear this frequently with many of my southern-European clients whose cultures focus more on a relational, rather than mechanistic, model of how to run a business.

What is Problem Solving?

While you may be willing to change your view of what an organization is, are you ready to let go of the belief that the problem-solving mindset is not the answer to everything? The authors claim that the two go hand in hand. “Working within the metaphor of organization-as-machine makes it easy to see every problem as a problem of logic. It makes it hard to see people as fully rounded human beings living in a world where the force of logic is only a small and partial determinant of their actions. It makes it hard to see change as being embedded in patterns of human communication and relationship.”

The authors recommend that the latter is where we need to begin to take more direct action. They ask the provocative question: “How can we work with one of the most ubiquitous of human abilities to create the most profound change in our organizations? This is the essential question we set out to answer by exploring the power of conversation to create new futures for people and organizations.”  However, in order to do that, the authors claim that we also need to challenge our limited understanding of what constitutes a conversation.

What is a Conversation?

They state that, “Having a conversation with someone else is a process with which we are very familiar. However, its very familiarity can obscure its unique contribution to our ability to sustain, and change, our social relations … Talk often holds little value in organizations, certainly in contrast to some other behavior known as ‘doing something’ or ‘taking action’. “

Conversation is here defined as distinct from how we typically see it in the following way: “Conversation is a human experience between two or more people, which, by the expression of thoughts and feelings, results in the creation of new ideas, perspectives, understandings, and an increased potential for action.” This is a way of seeing language not as simply describing what already exists, but rather as the means for generating different possibilities for action in the future.

Several other groups are cited as using similar processes that are putting the power of conversation to the forefront of building our organizations together. There is a brief introduction to World Café methodology for hosting large group dialog. Also included is a case study that used Open Space technology at Nokia. There are also references to similar processes used by Future Search and Circle, and explanations of how these are compatible with the Appreciative Inquiry processes.

What these all share in common is that “they are all founded on the belief that meaningful, heartfelt conversation between people transforms lives, organizations and systems. The processes they have formulated are all intended to foster conversations which otherwise might not happen. They are deeply rooted in social constructionist philosophy and as such are based on the assumption that the ‘doing’ of change is so intimately bound up with the conversations people have about questions which matter that it is impossible to see the join. The one is so inextricably linked with the other that ‘change’ and ‘conversation’ are almost interchangeable as words and concepts.”

I not only agree with this, but it is indeed at the heart of all my seminars, writing and consulting work. As I often say, “We build our futures together in the words we exchange today.” This is as true in a foreign language within intercultural business contexts as it is when using our own language in our own cultures.

The Attitudes Inherent in Appreciative Inquiry

Taking the time to learn and apply new conversational practices is not all that is required of those who want to implement Appreciative Inquiry processes. As the name itself states, this is built on two attitudes: appreciation and inquiry. To appreciate is to see the strengths, rather than the weaknesses, in yourself, in others and in the situation at hand. Why is that important?

“The belief in the power of appreciation to achieve change stands in contrast to the belief in the power of criticism to produce change. Growing behavior and producing change through appreciation doesn’t involve threat or coercion or humiliation or fear or any of the other negative emotions associated with achieving behavior change through criticism. This tends to mean that the behavior change produced is freely given, rather than a product of reluctant compliance…. In practical terms this means that, when considering an organizational assignment from an appreciative perspective, one of the first challenges is to identify ‘What is the behavior that we want to grow?’ and not ‘What is the behavior that we want to stop?’.” Within intercultural business contexts we often fail to appreciate and grow behavior simply because it does not fit our own cultural standards or values. Investigating further, rather than making quick decisions, can be beneficial to everyone concerned.

Inquiry is an attitude of taking the time to be curious, to investigate, and to ask different kinds of questions, rather than being in a hurry to formulate a single answer. “An Appreciative Inquiry mindset will encourage you not to spend time seeking the right answer. Instead you will perceive a wide variety of questions leading you to new avenues of inquiry. Given the challenges we face trying to live in the age of nanotechnology, Appreciative Inquiry seems to offer a new paradigm which sits more comfortably with both our desire to understand deeply and the satisfaction gained from sense making in the context of a community.”

While the Appreciative Inquiry attitudes and practices may not currently be prevalent ones where you work, I maintain that we do not need to wait for others to instigate change in perspectives and processes. Each of us can choose to lead the way in expanding conversations within our own teams and departments. To that end, the authors of Appreciative Inquiry for Change Management offer many valuable perspectives and practices for becoming a more effective manager in these turbulent times; not only in our own languages and cultures but interculturally, in any language.