The Magic of Language Crosses Cultures 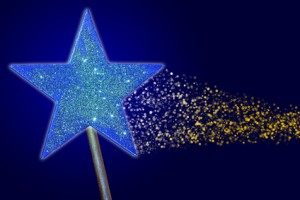 Some of my clients make great leaps in expanding their intercultural communication skills in English as a second language. They often tell me that they could not have imagined before working with me that being an effective intercultural communicator was as straightforward as it has turned out to be. The speed and ease with which communication improvement can take place is what makes such clients tell me that what I do seems like magic.

For example, I recently was asked to work with an environmental scientist. A key aspect of his work was participating in environmental colloquiums around the world. He told me that he was convinced that he a great deal of knowledge that could be beneficial to others but that he felt discouraged. He said that, “Whenever I speak to a group in English, I always get the feeling that no one is listening. What am I doing wrong?” In working with him I observed that the depth and breadth of his knowledge was so extensive that he focused too much on the details, rather than on how what he knew could benefit his listeners. He also spent a long time talking about complex unconnected facts, rather than expressing his original opinions about well-researched environmental issues.

Over several weeks we spent twenty hours working together to shift the focus of how he communicated. During that time I showed him how to express what he knew in a way that was more relevant to his listeners. I also showed him that his background of knowledge was not really that interesting to anyone. Rather, it was the fertile field that he could draw on to ground his opinions about how concrete improvements could be made. My approach was to show him how to focus on expressing his perspective on those improvements in a clear and concise way, using the vocabulary that he already knew and was comfortable with.

When he was able to do that, I observed something that I’ve seen in many of my clients: the increased passion that he felt for what he was saying. He could now see for himself that when he was clearer about what he wanted to say, he then felt authentically more enthusiastic when using either English or his native French language. Even before we finished our sessions together, he tried out what he had learned at an international conference at which he was presenting. He later reported to me that it had been the first time that people seemed to be really interested in what he was saying. He was also surprised that people asked him a lot of questions at the end of the session, which had rarely happened before. As a result, he felt that he had made a major contribution at that meeting. He said, “What you showed me seemed like such simple and easy to make changes. I’m really surprised that it resulted in such an impact. It’s like magic!”

Here’s an example from another context. I once worked with a civil engineering manager who had been promoted to oversee several departments made up of specialists from a variety of cultures. After several months in this role he contacted me to find out if I could help him be more effective in communicating interculturally. He said that he had taken the position because he had always been extremely effective as a manager when communicating in French with employees from his own culture. He assumed that that competence would carry over into this new context. But he told me, “Even though I am doing what I’ve always been good at, it is no longer working as well. What am I doing wrong?”

Beyond Cultural Customs and Protocol

Like many managers who find themselves managing multicultural teams, he had assumed that knowing specific cultural customs and protocol was all that was required. What he didn’t take into account was how other cultures speak and listen differently. During our sessions together I showed him how to observe how his French culture spoke through him. From this he discovered that he had many assumptions about the “right” way to communicate with people, which he had learned from his native culture. But they were no longer effective in his current context and so we worked together to adapt how he used speech acts for intercultural teams.

I also showed him how to observe how he listened with cultural ears. He discovered that when listening he focused too much on how people said what they said, or why they said what they said, rather than on the content of what they said. In other words, he reacted to the form, tone and body language, rather than the content. As I’ve written elsewhere, that often causes relational problems within intercultural teams or departments. This is an easy thing to change because it doesn’t require learning something new, but instead unlearning a long held habit. As he told me, “It’s amazing how simple communication becomes when you focus entirely on content.”

Once he was able to observe how he spoke, wrote and listened, he was better able to observe how others spoke, wrote and listened. That made it easier for him to be more open and accepting of other styles of communication and made his day to day coordination of actions through speech acts much more effective. He also said at the end of our sessions that what I had done with him was like magic. I said, “I don’t do magic, but language does.”

As someone who has worked in the human communication field for several decades with thousands of people in hundreds of businesses on several continents, I still marvel at language. I am especially impressed with how language crosses cultures. That is why I am dedicated to seeing how we can all expand our intercultural communication skills by being more aware of how magical speaking and listening really are. After working with me, my clients also see and appreciate the magic of language. When that happens, communicating across cultures no longer seems like an insurmountable problem to be solved.

I see my job as revealing to my clients how they use and respond to language. Once they can hear that for themselves, they can hear it in others, as well. At that point differences dissolve, because language works fundamentally the same way in all cultures. From that common foundation, all of us begin constructing our lives from the moment we utter our first word. All the language steps we take from there on in shape us and those around us, and contribute to our individual and collective futures. That’s magic!