What is the Cost of Intercultural Silence? 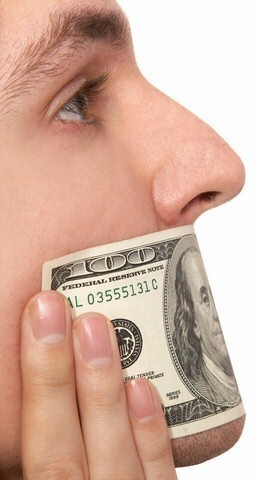 The Sound of Silence was a popular song recorded by Simon and Garfunkel. My son was playing it recently in France, so clearly the song communicates over the decades and across cultures. The song’s title often comes to my mind when I hear complaints from clients who work within international companies about their requests not being answered, their offers being ignored and their opinions being met with silence.

I could discuss with them what in their culture makes it impolite, disrespectful or unprofessional to not respond to someone. However, I prefer to ask them an important question: what does silence mean? One can debate about the meaning of words and the “right” word to communicate clearly. In fact, clarity doesn’t come from the right word and silence is one of the most unclear communication tactics on the planet.

In a previous post I talked about the mistakes we make when we listen, so now I want to address how we listen to silence. How much has your culture conditioned you to hear silence in a particular way? And what is your interpretation when a manager or colleague from your, or another, culture ignores your emails, your written proposals or your suggestions during a meeting? This also takes place at an external level. For example, what happens when you ignore customer complaints? And how do those global customers react to your company’s lack of response?

In a recent Economist Intelligence Unit report, Competing Across Borders, 49% of the 572 executives interviewed said that intercultural communication problems had resulted in a financial setback or loss. I would welcome a statistic on what percentage of these problems was simply due to silence and how that silence was interpreted by people from various cultures. I am convinced that silence can cause the kinds of barriers that the report indicates are being erected every day, due to ignoring the need for an intercultural communication strategy on the part of these international companies.

Something that such statistics and reports fail to reveal is what I see every day in my work, which is that the price of silence is high in terms of employee frustration, demotivation, lack of co-operation and loss of trust. Those are human reactions that cut across cultures, and while they are not only due to communication issues, the report clearly shows what I have known for a long time: communication is much more important than we think.

I strongly suggest that any company implementing an intercultural communication strategy should ensure that such silence is discouraged. Concretely, such a strategy should specify that all requests be either accepted, declined or generate a counter-offer. The same holds true with offers: all the terms of a promise need to be met. If they cannot be met, keeping quiet about it is not an option. Others must know that the promise will not be kept and be offered a way to remedy the breach of trust. There must be a strategy for encouraging the expression of opinions. The good news is that solutions, such as my five-step CLEAR method, can be very concrete and easily implemented. Because effective intercultural communication is not as complex as people believe, there is no need for anyone to suffer in silence.